The Slideshow particle is designed to naturally deliver your brand’s message on any device.

Build experiences that introduce your brand to the world in a whole new way.

Clarity isn’t just another cookie-cutter design. Its bold typography and unparalleled flexibility makes it the perfect choice for your next website.

PEDIGREES
I study the pedigrees and line breeding coefficients before deciding which mating's will meet or exceed the AKC Breed Standard.
TEMPERMENT
Some Poms have a soft temperament, but I reassure and encourage them, so they'll do well in the ring. 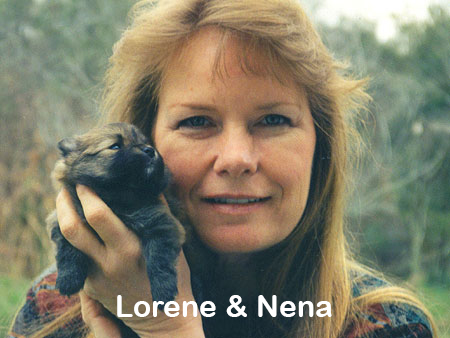 CARING FOR YOUR POMERANIAN
Food & Grooming Products
DISCIPLINE
I give my dogs a lot of love, but I also teach them to have good manners and to pay attention to voice commands and hand signals.
SOCIALIZATION
I socialize the puppies at a young age so they will be happy, self-confident, and well-adjusted.

Lorene in the ring with "My Girl"

Slideshow of Champions
I enjoy spending time with each puppy. I treat each one as if it will someday be a show dog. From the time they are just a few days old I introduce them to being brushed and combed. At the right time, I take them on short car rides to socialize each one. They are all leash and table trained. 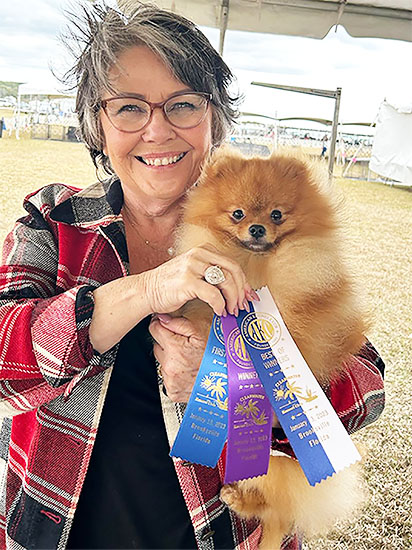 Lisa and Quincy after 5-point major 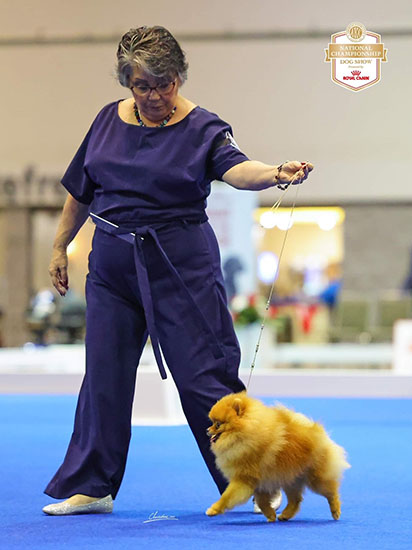 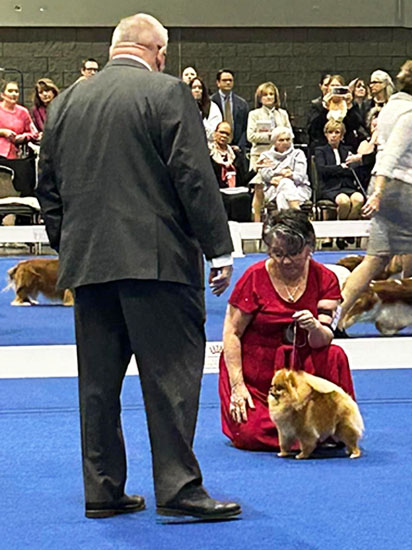 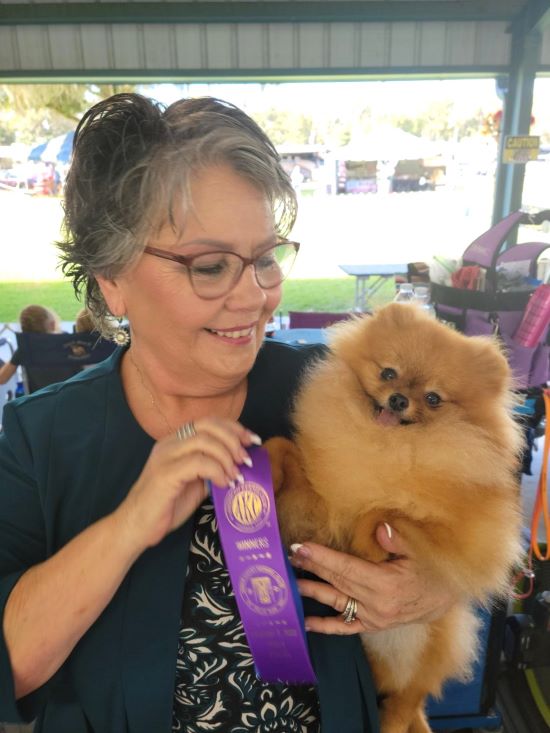 Lisa and MyGirl after 5-point major

Champion: CH All our puppies are descendants of a long bloodline of champions and are the best of the best for structure and appearance. The dogs whose name is preceded with “CH” and highlighted in red are Champions. To achieve that title, dogs must acquire 15 points, including two majors, won under different judges, and at least one point under a different judge. Dogs can earn from 1 to 5 points at a show. A win of 3, 4, or 5 points is called a ‘major’ and are determined by a complex formula based on the number of other dogs you’re competing against.

Grand Champion: GCH Completion of the title requires all of the following:
•   25  Grand Champion points.
•   3 majors won under different judges.
•   At least 1 or more points won under a fourth judge.
•   Must have defeated at least one other AKC Champion of Record at three shows.
BIS Best-in-Show Speciality BISS awarded to the dog judged best of all participating dogs at a show of one breed.
ROM  (ROM) This distinction goes to Dogs that have sired 10 or more Champions, and to Dames that have produced 5 or more Champion offspring.

SOME OF OUR FAVORITE PEOPLE People Who Love Their Poms 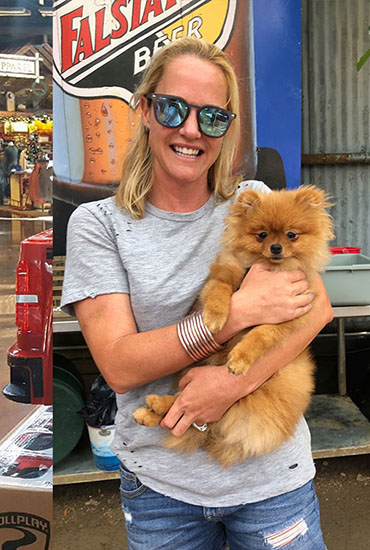 Merrick with Charmin's Piper in Dallas 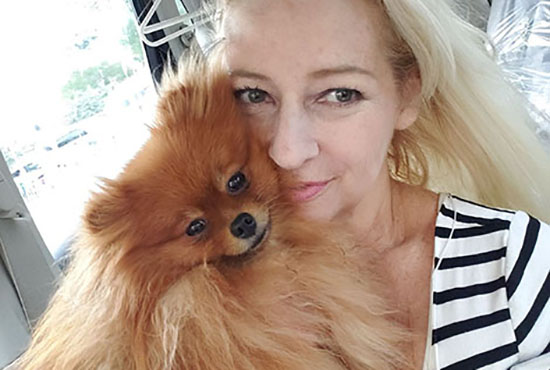 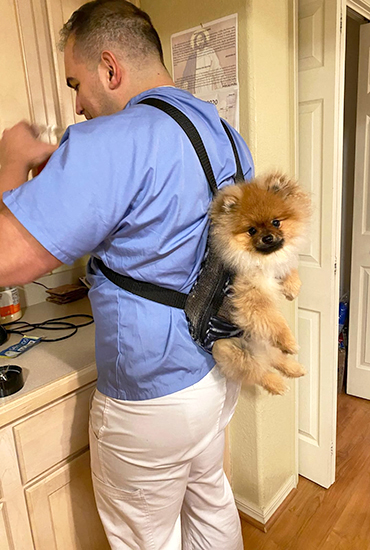 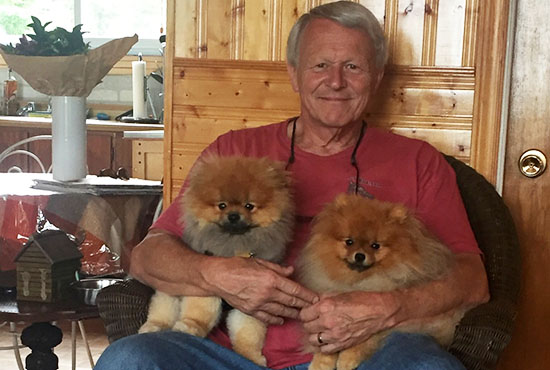 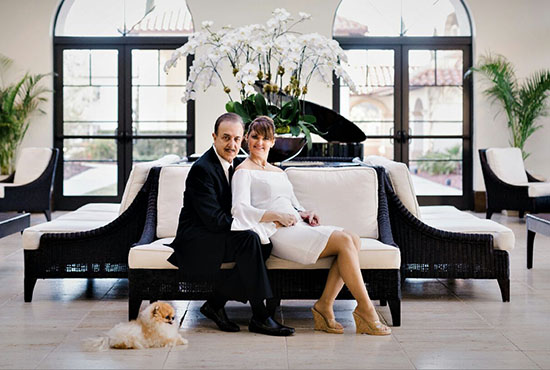 Cynthia & Albert with Bruno in Orlando 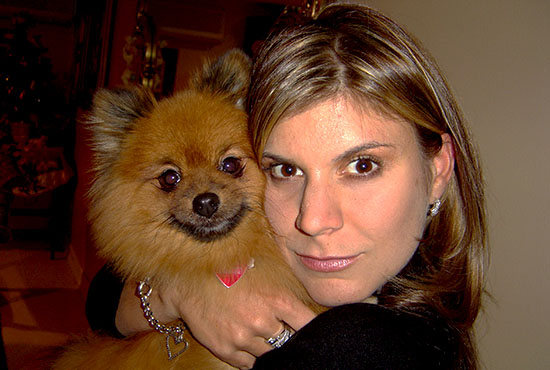 Max A Million and Rina in NYC 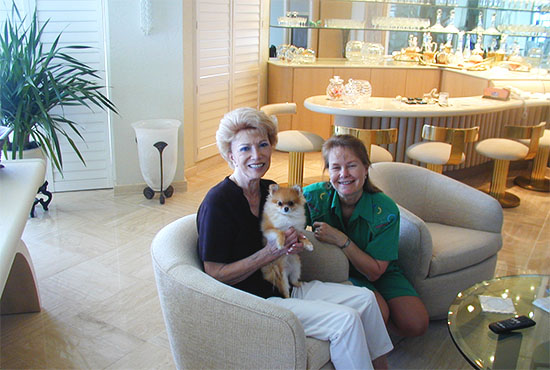 Coquetta (Little Flirt) with Lucy and Lorene in Boca 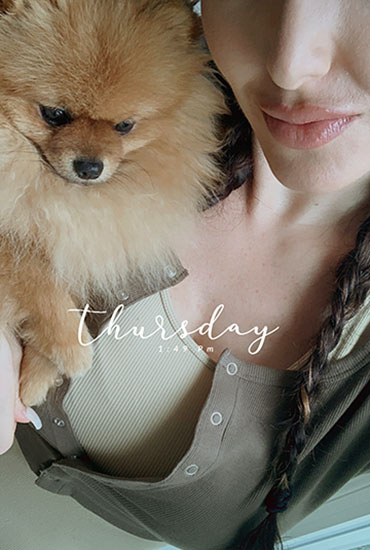 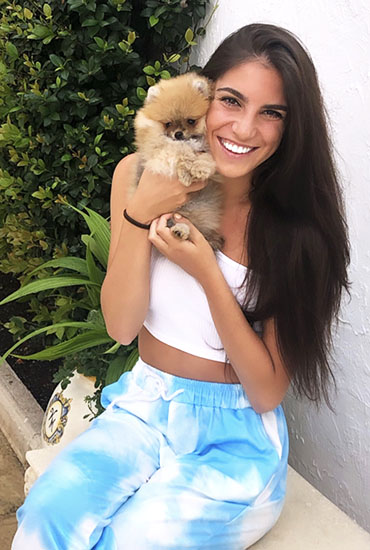 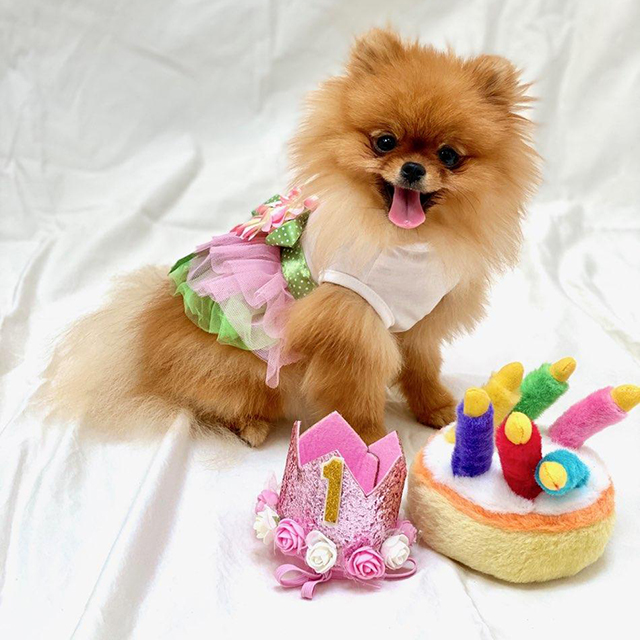 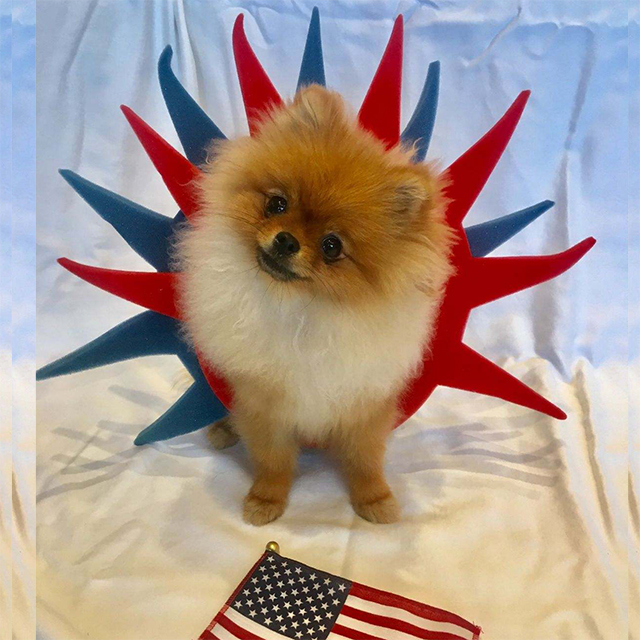 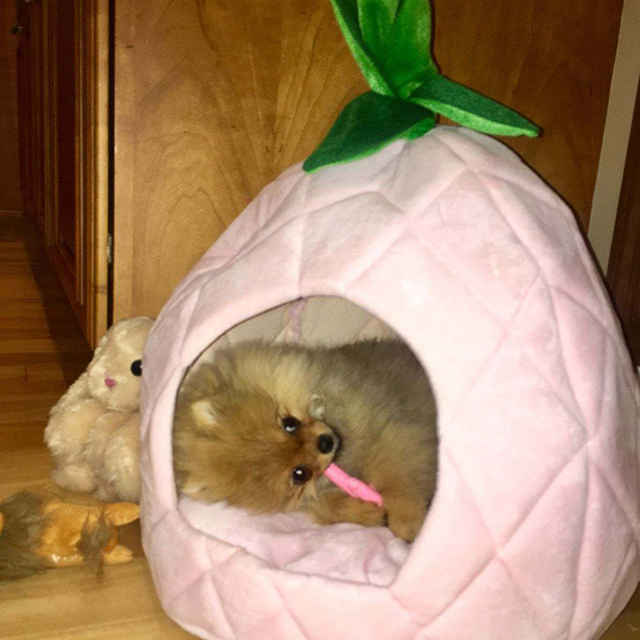 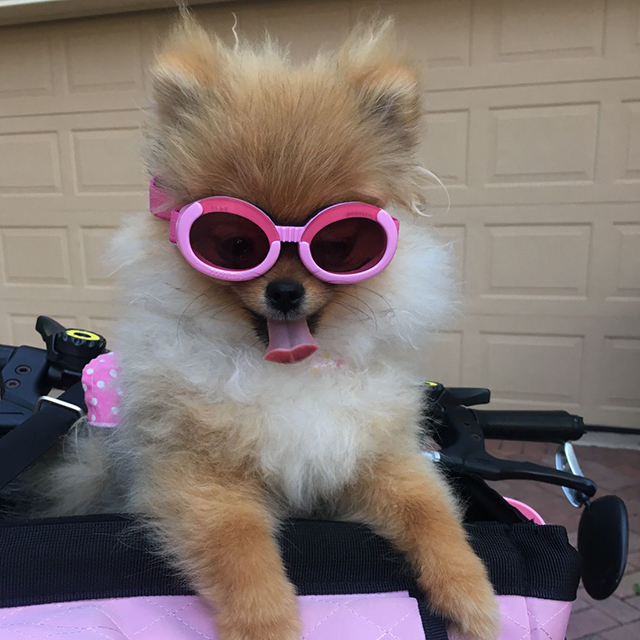 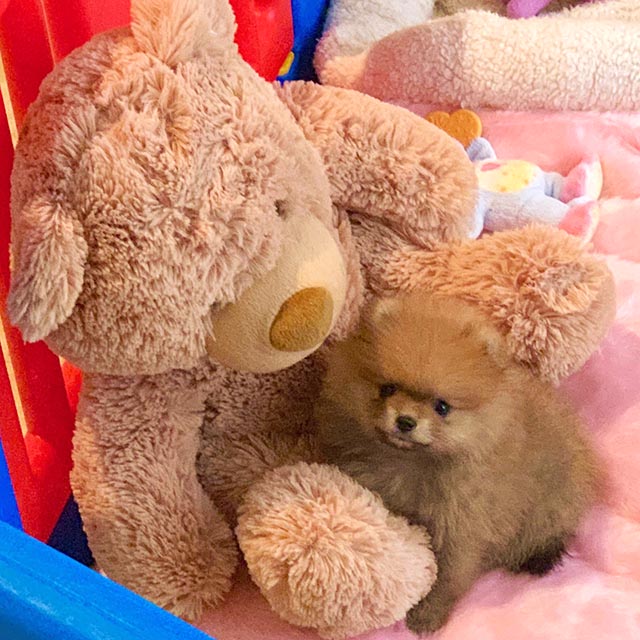 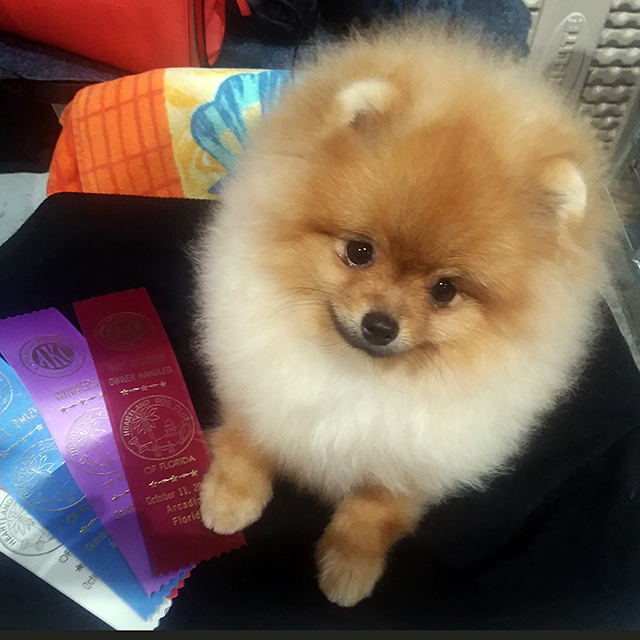 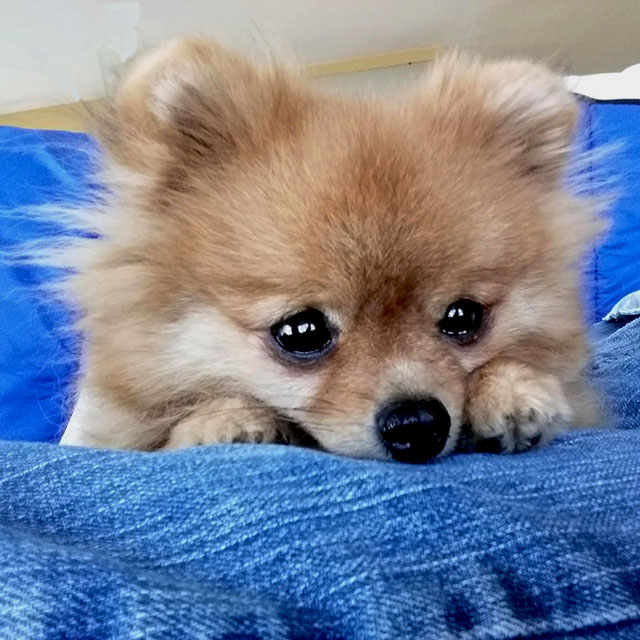 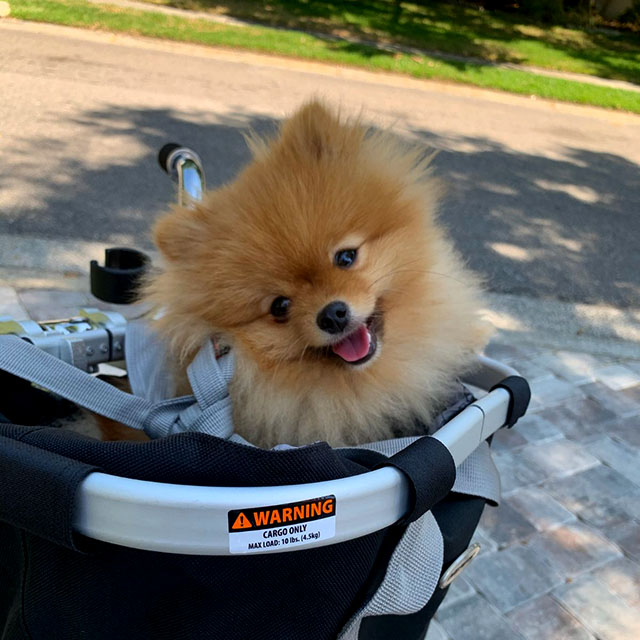 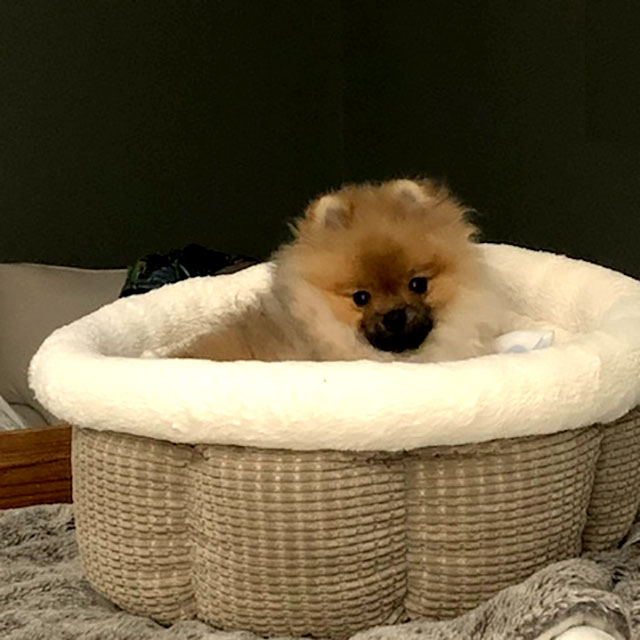 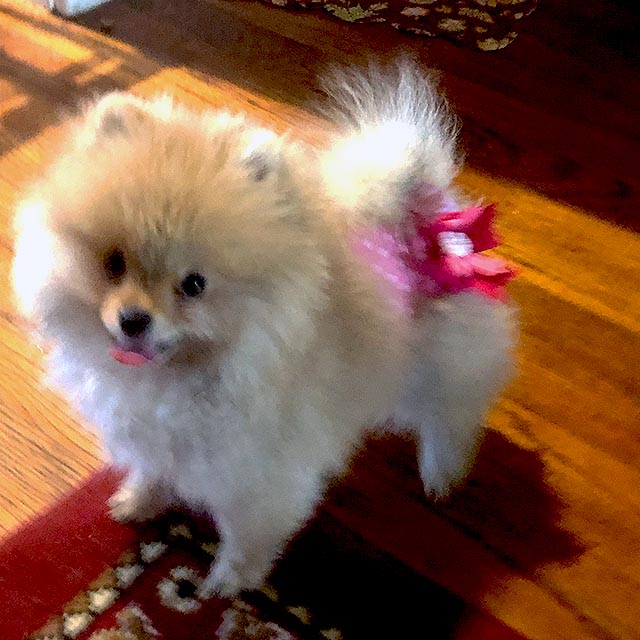 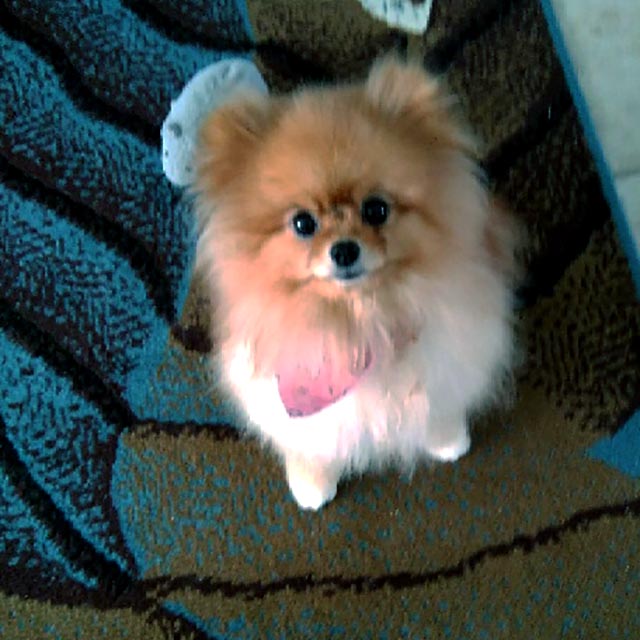 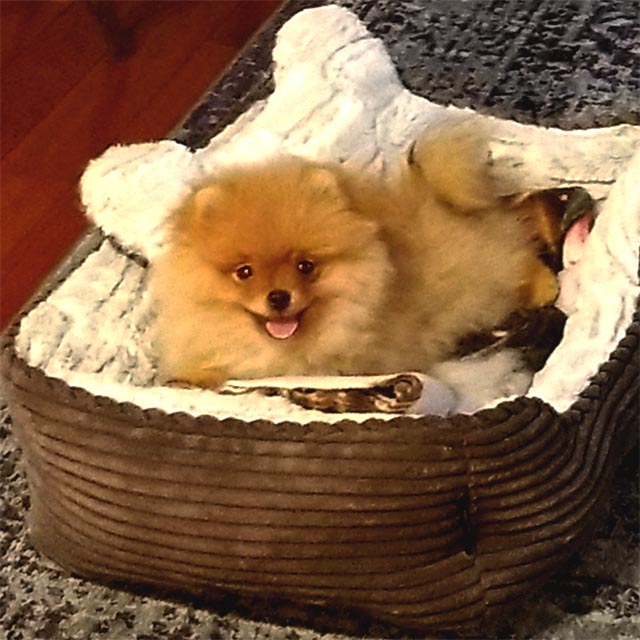 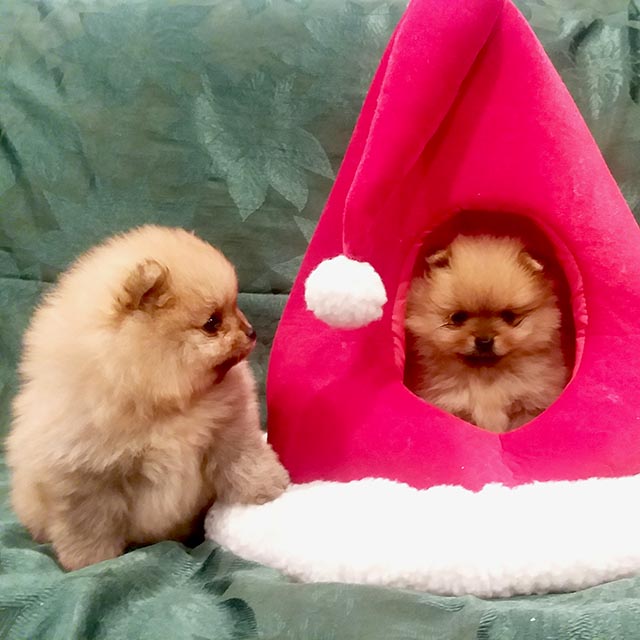 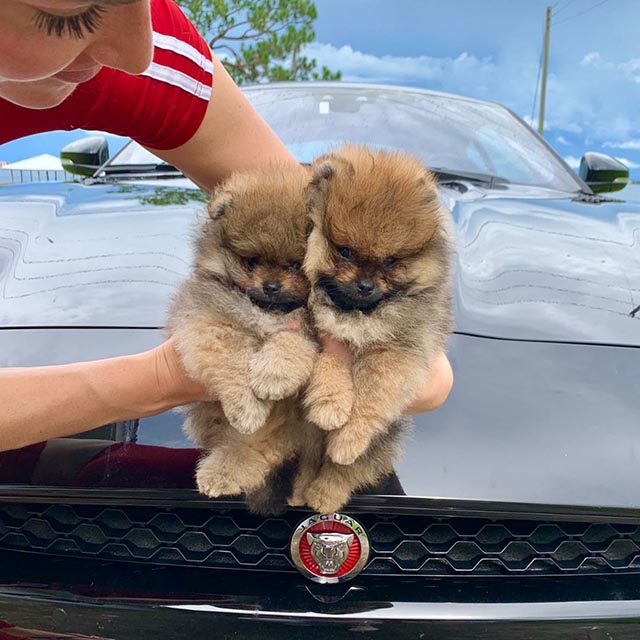 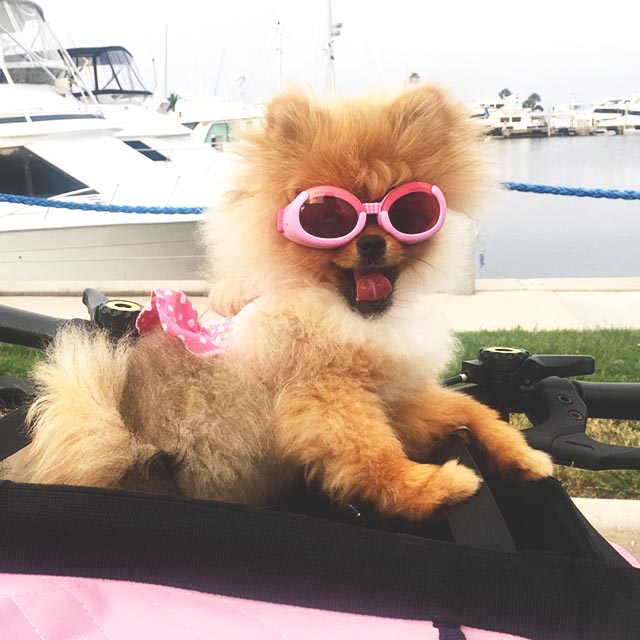 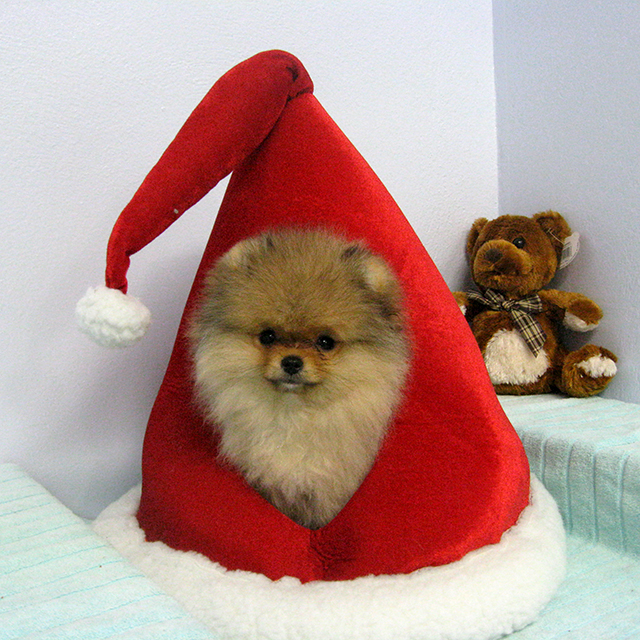