who is lorene John?
I Breed, Train, Groom and Show Pomeranians

Lorene John is the founder of Premierz Pomeranians 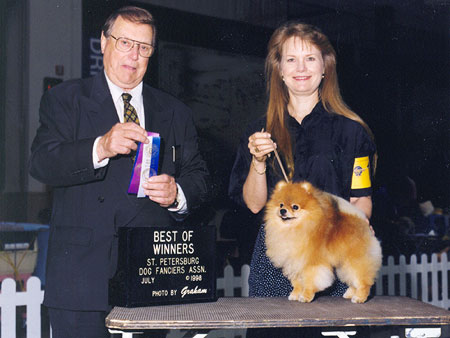 When I was a child, I fell in love with Pomeranians and it was always a dream of mine to adopt one someday. My dream never came true until years later when I was given a Pom puppy for a birthday present. I named her Shelby and she became very special to me.

A couple years passed when I started searching for a suitable mate for Shelby. That’s when I found Dexter, a 10-week old puppy, at a local breeder. I had my vet check him out and he commented that it was a “big name for such a tiny puppy”.

The breeder told me I should show Dexter, because he was so handsome and I said, “what’s a show?” She told me to get in touch with a local Dog Club and take lessons. They will teach you everything you need to know, she said. I took her advice and studied the breed, and I learned about showing. When Dexter was old enough, I entered him in a show. He loved the attention and he enjoyed meeting other dogs. He even won a couple of ribbons at that show, but on the way out of the show ring, the judge asked my competitor if she would give me a few grooming tips.

Dexter learned fast and at the next show, he was pulling me around the ring and miraculously, he achieved his championship title after competing in just seven shows. It was a thrill for both of us, and just the beginning of this story of my Love of Poms.

Casual Gallery of Lorene With Her Friends That Love Their Poms 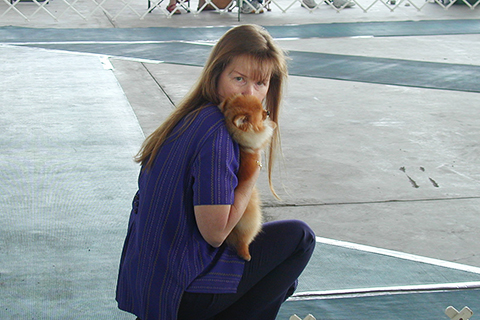 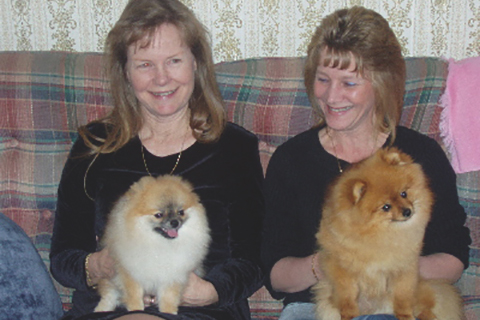 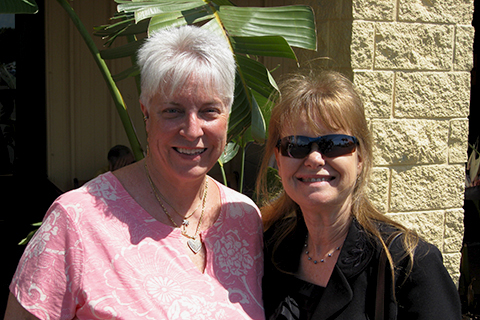 Lorene with her forever friend, Patti 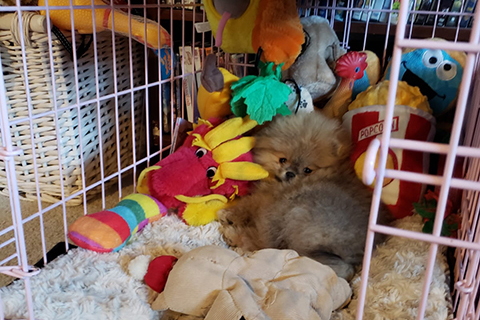 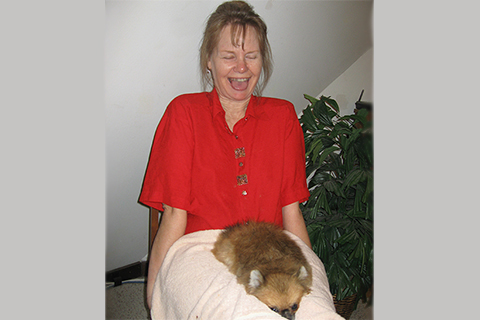 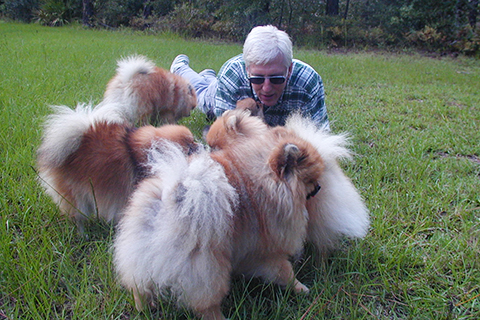 Bill with a herd of Pom Friends 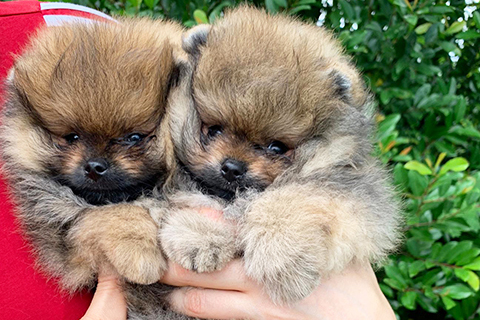 Sebu and his brother, Jetty 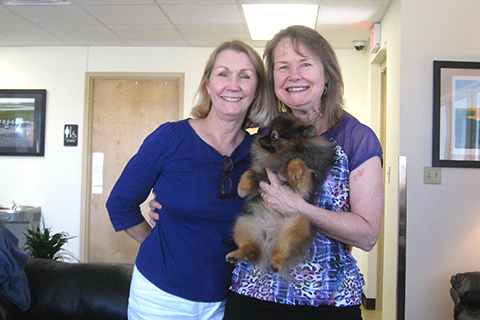 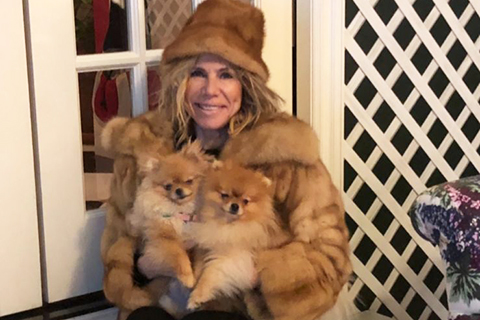 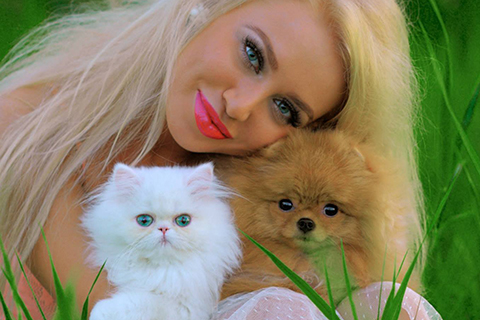 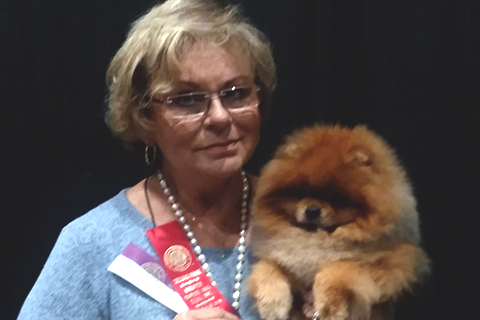 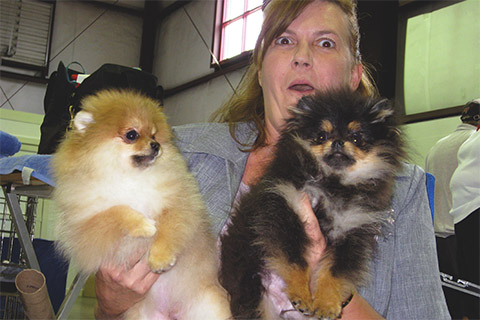 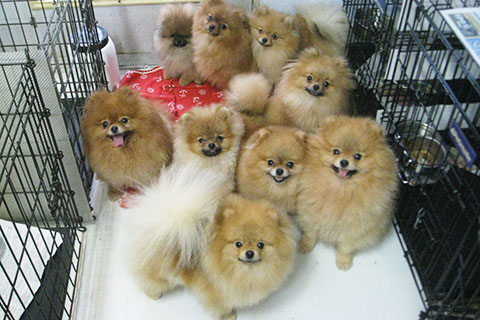 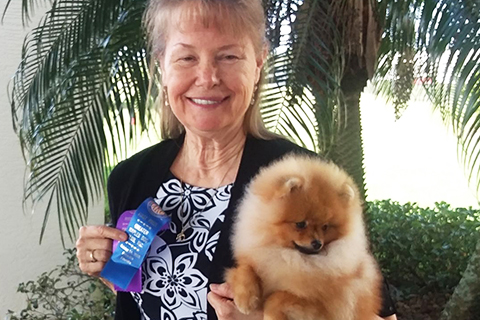 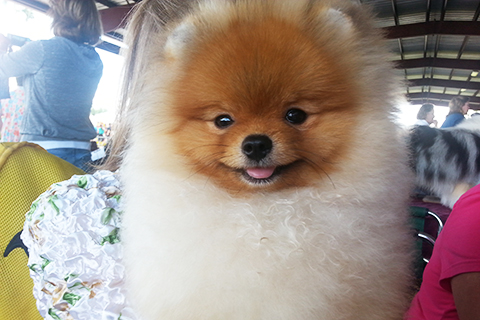 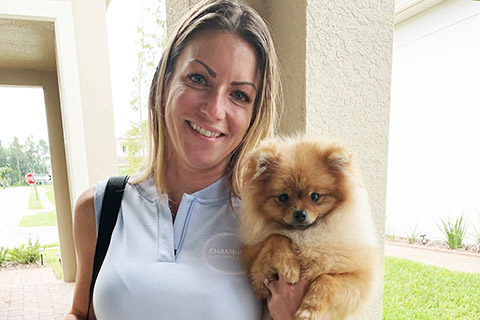 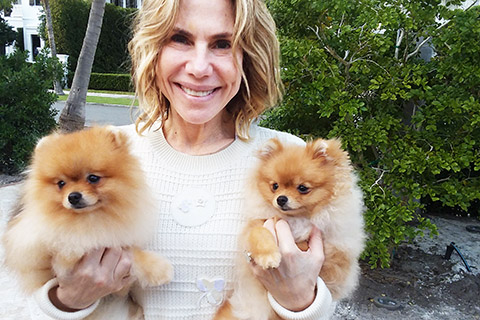 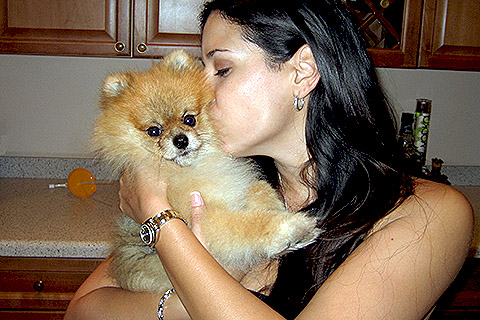 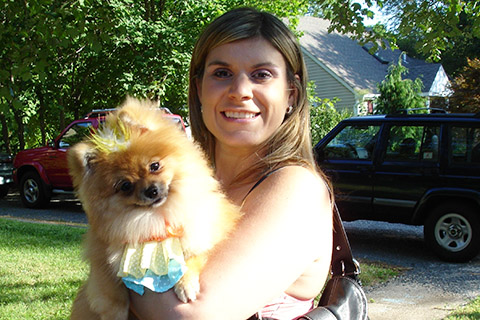 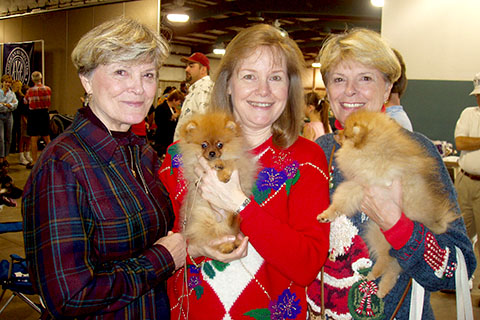 This is Jada (Junior Handler) who trained and showed MoBetta (MoMo) in Zolfo Springs, Florida 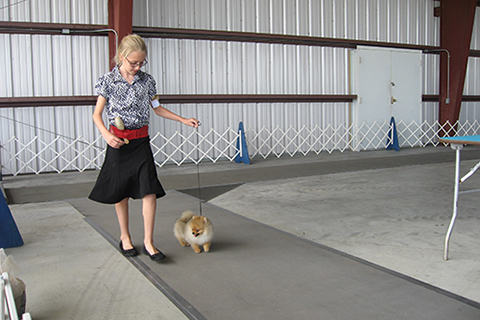 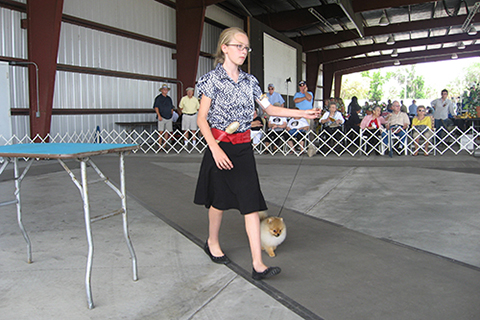 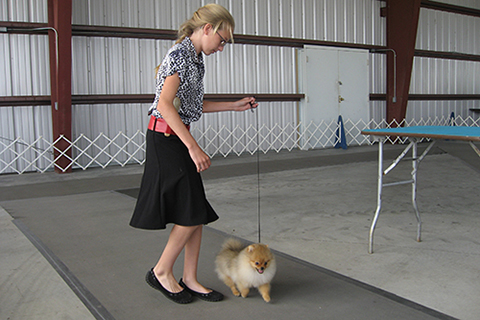 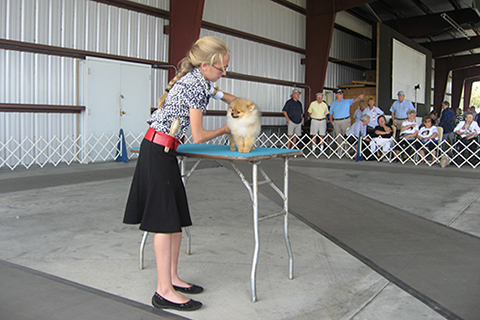 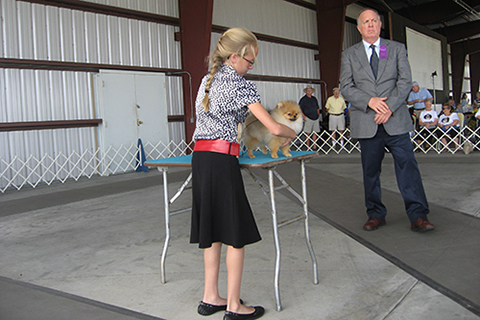 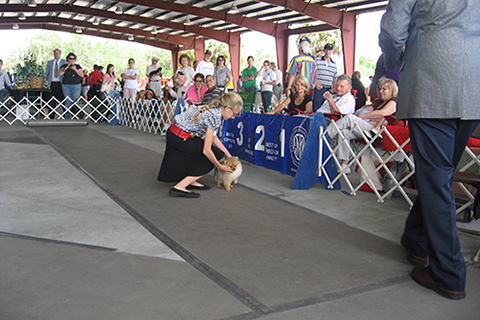 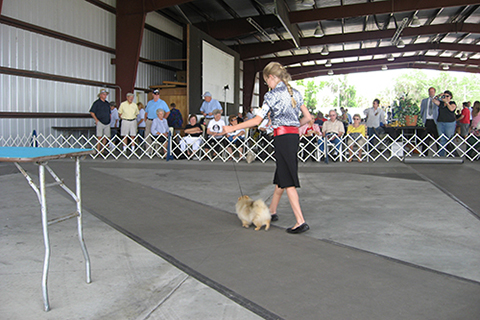 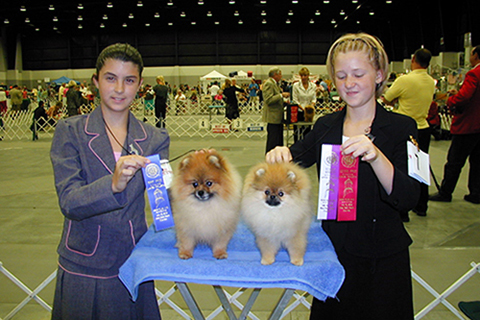